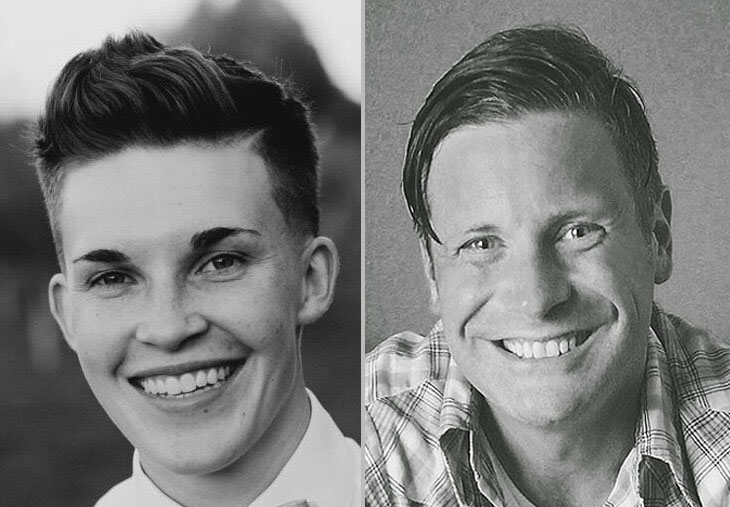 (Thompsonville, MI) – Iron Fish Distillery, Michigan’s first and only small-batch farm distillery, is pleased to announce the recent growth of its team with two new hires to the family owned enterprise. “We continue to experience growth as we drive forward with our efforts to build a lasting legacy on a farm first founded in 1887 then abandoned over ten years until Iron Fish reimagined it into the working landscape” stated David Wallace, co-owner. “Our vision, values and the amazing embrace of Iron Fish by our customers creates the conditions for our farm and agricultural end destination to attract great people and I’m delighted to welcome our latest team members.” added Richard Anderson, co-owner.

Maureen Comiskey, Tasting Room Manager
Maureen was the former Northern Michigan Sales Manager for Northern United Brewing Company based in Dexter Michigan. Maureen advanced through the company for seven years. She began her training at Jolly Pumpkin Café and Brewery in Ann Arbor Michigan where she obtained a diverse training in front of house operations. December 2015 she transferred to production at the brewery and graduated from The University of Michigan. In May 2016 she accepted a new role with the company and moved to Traverse City. Maureen Joined the Iron Fish team in April and has recently accepted the role as the Tasting Room Manager.

Jesse Den Herder, Creative Marketing Director
Jesse was the former art/creative director for Short’s Brewing Company based in Elk Rapids Michigan. During his 4 years at Short’s, Jesse worked cross departmentally to help disrupt industry trends in craft beer, while increasing brand awareness and revenue in new markets.
His background as a VP of Marketing, award winning creative director and product designer has given him an edge in crafting effective design concepts that merge both creativity and sound marketing principles. Jesse joined the Iron Fish team in September as the Creative Marketing Director.

Iron Fish Distillery is Michigan’s first working farm, growing and sourcing local grain to distill a full line of small-batch craft spirits on a reclaimed 1890’s farmstead. Iron Fish does this from the ground up with practices that respect the health of nearby watersheds. Inspired by the Steelhead Trout that journey each year to their origin in the nearby Betsie River, Iron Fish is returning spirit to its origin using heritage methods of distilling on an environmentally third party verified farm growing non GMO grain. Every step of the process is done by hand at the distillery.