Iron Fish Distillery has released its first farm-distilled whiskeys, aged in their Rick House. Michigan’s first farm distillery, situated in Northwest Michigan, will dedicate their inaugural whiskeys to the Arctic Grayling Research Initiative. The release will be focused on the successful reintroduction of the iconic Michigan Grayling, extinct for nearly 100 years as a result of land use practices and overfishing in the state.

Our Rye Whiskey ( 45.4% ABV / 90.7 Proof / 750 ML) is available at the distillery and statewide; ask you liquor store for more information. Straight Bourbon Whiskey will be released later in the year. Both Whiskeys are made from 100% Michigan grain, the whiskeys feature a beautifully hand drawn Grayling print by Michigan artist Dani Knoph. “The story of Michigan’s lost Grayling is now a comeback story—full of hope, challenge, science, and partnership.” said Knoph. “Restoring Michigan’s wild Grayling encourages us to learn from the past, evaluate the present and define the future. From Montana and Alaska to Michigan, many people are caring for this native species. It gives me hope. It’s the Native American Seventh Generation Principle at work.“ 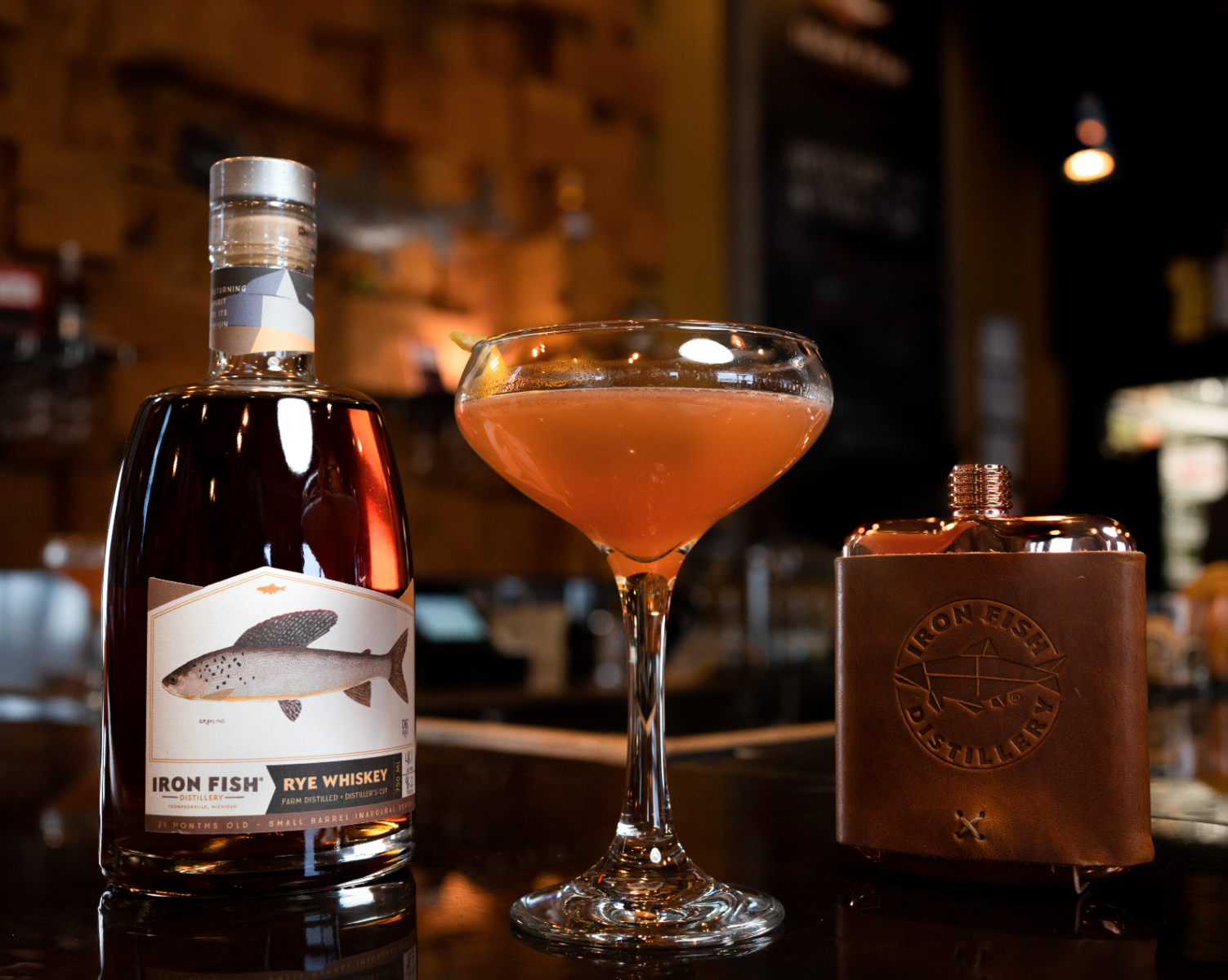 Iron Fish joins the initiative to draw attention to the groundbreaking research at Michigan State University, supported by over 50 groups statewide including the Michigan Department of Natural Resources Fisheries Division, the Little River Band of Ottawa Indians, the Wenger Foundation and Trout Unlimited Chapters.

Iron Fish Co-founder, Richard Anderson said, “Our guiding principal has been to Return Spirit to Its Origin; in the way it tastes, and in the way it’s handmade, all the while taking inspiration from the migrating fish journeying to their origin up the Betsie River adjacent to our farm. The best whiskeys have great taste with a good story, and this is a Michigan story of possibility.”

The Arctic Grayling fish thrived in the clear river waters of Northern Michigan until human and land use impacts drove the native species into extinction early in the 20th century. Since then multiple efforts to re-introduce the Arctic Grayling to Michigan Rivers failed.

With progress in science and promising research underway at Michigan State University, Iron Fish has established the Iron Fish Arctic Grayling Research Fund at the Manistee County Community Foundation and will be making charitable contributions to support the science behind the reintroduction of the Arctic Grayling to Michigan Rivers. The two new Iron Fish whiskeys will feature a neck label describing how people can get involved and make a donation to the fund. 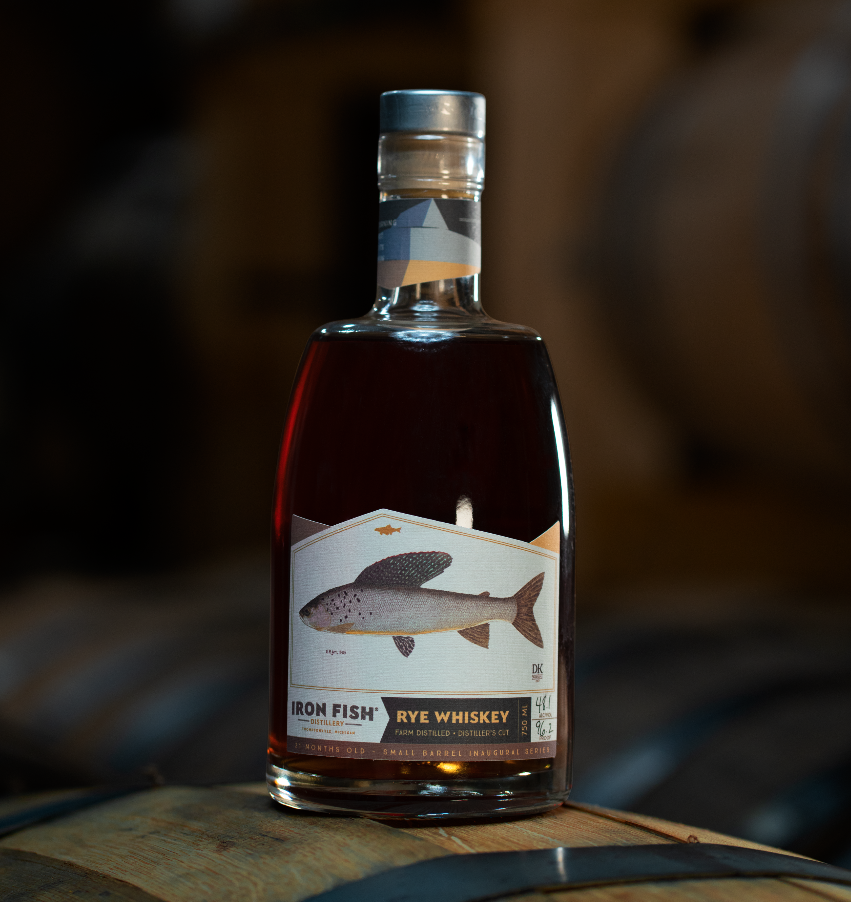 The assertive, exceptional quality of this farm distilled Rye Whiskey perfectly animates and reflects the shared treasure that is the Arctic Grayling. Charred new oak and hardy Michigan rye render a balanced pairing of molten caramel and vanilla against the black pepper, clove, and honey spice of this distinct singular and limited release spirit. 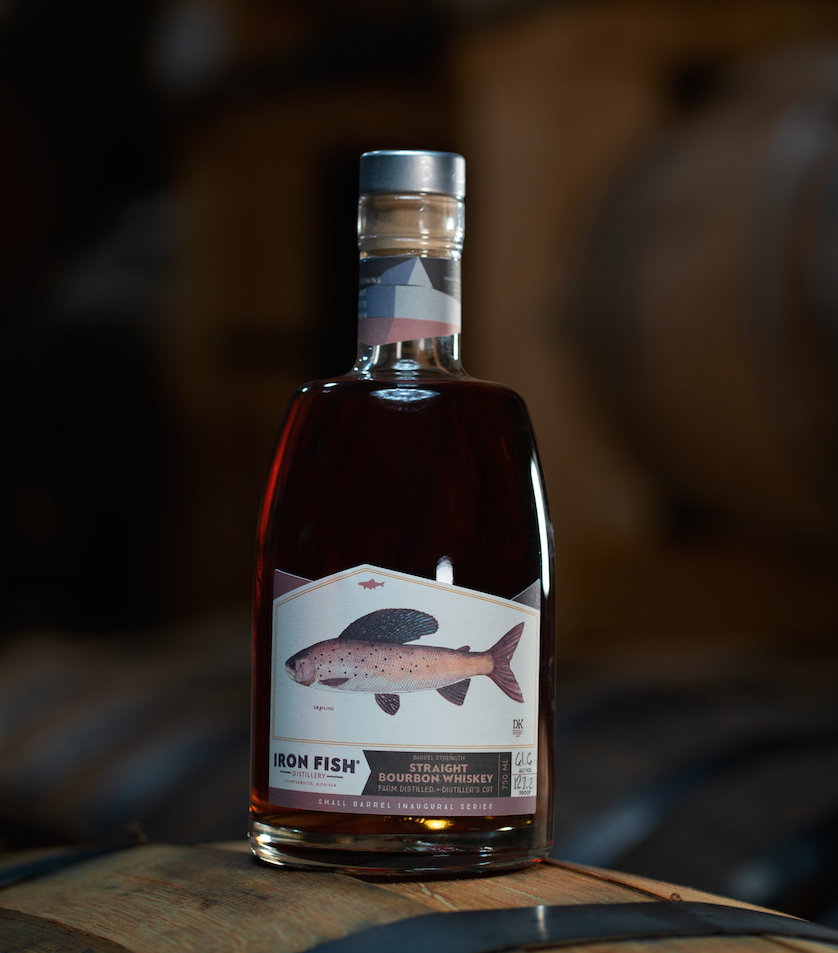 Iron Fish Distillery expected a complex and savory whiskey from this, their first farm-distilled bourbon. And then their expectations were exceeded. Like its namesake, this barrel-strength, limited release spirit is exactly what a whiskey should be: an effortless balance of savory fruit, fig, and spice immersed in a loving cup of caramel, toffee, and vanilla tones.

About The Return of the Native: Arctic Grayling

This remarkable project to restore grayling in select Michigan rivers is made possible by the Michigan DNR, the Little River Band of Ottawa Indians, and the Wenger Foundation with support from over 50 partners, including Trout Unlimited Chapters across the state of Michigan.  Learn more at migrayling.org.

Be a part of something important. Join us in our support of foundational research into the reintroduction of Michigan Arctic Grayling to its home waters by going online to manisteefoundation.org/migrayling and contributing to the Iron Fish Arctic Grayling Research Fund, a component fund of the Manistee County Community Foundation.